Virtual guide to the NEIU Libraries' book displays, art gallery, cafe bulletin board, and other happenings

Join the Northeastern Illinois University Libraries for a virtual conversation with historian David Beck, author of the book Unfair Labor? American Indians and the 1893 World's Columbian Exposition in Chicago, published in 2019 by the University of Nebraska Press. This event will take place on Wednesday, March 31 at 2:30pm via Zoom.

Register for this event here: https://neiu-edu.zoom.us/meeting/register/tZUucu2opzMtGdQOoT41KsxO6LDZlQmXotrz

As tribal economies lay mostly in ruins by the end of the 19th century, individual American Indians began to look for ways to earn a living in the larger cash economy. The 1893 world’s fair in Chicago provided opportunities for this, both in the year leading up to it, and throughout the fair’s duration. This presentation will show the variety of ways that the fair brought employment to Native Americans along with the challenges that they faced. It will also provide a discussion of the extent to which they were treated and compensated fairly.

David Beck is an award winning historian who has published several books on American Indian history, including Unfair Labor? American Indians and the 1893 World’s Columbian Exposition in Chicago, and City Indian: Native American Activists in Chicago, 1893-1934, which he co-authored with Rosalyn LaPier. He is currently working on a book about the 1950s federal policy of terminating the political status of tribal nations. He is a professor in the Native American Studies Department at the University of Montana. 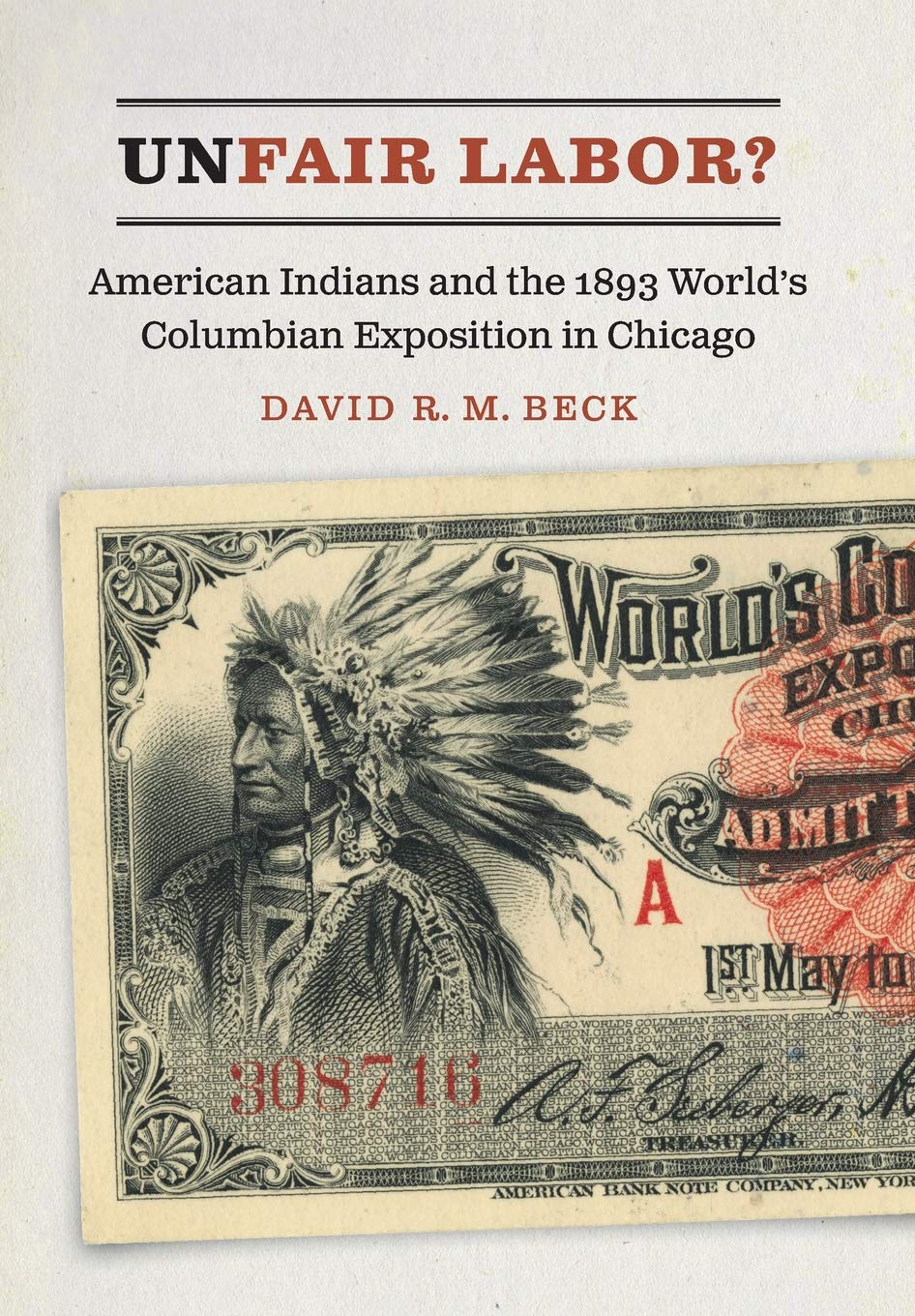